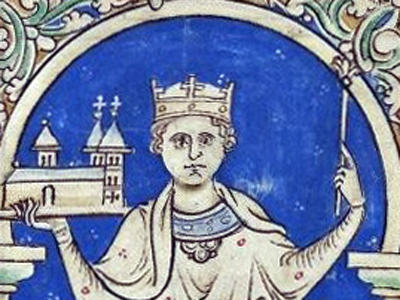 When King Henry the First died, his nephew Stephen was made king in a lavish ceremony at Westminster Abbey attended by great many Norman barons, English lords and bishops. He was crowned by the Archbishop of Canterbury and accepted the kind promises and assurances of all that they would obey him. However, there were other barons, lords and bishops who had previously promised to obey Empress Maude as Queen of England and to keep the kingdom for her young son Henry. Inevitably, this clash of loyalties soon led to serious disagreements and eventually fighting between the sides which lasted for 15 years.

The war between Stephen and Maude had terrible consequences for the country as whole towns were destroyed, the cornfields were laid waste and flocks of sheep and herds of cattle were killed. There was nothing but starvation and misery from one end of the country to the other. However, it was not long before the people tired of the wars and fighting, and a settlement began to emerge. Some of the wisest of the barons and and bishops declared that Stephen should be king as long as he lived, that Maude should live in Anjou, and that when Stephen died her son Henry should be king of England. Stephen did not live very long after this agreement and he was king of England for just nineteen years.